How to Avoid the Freshman Plague

At some point the freshman plague — that ambiguous sickness that seems to hit right around midterms week and never leave — catches up to everyone. Though it’s not always clear whether people are throwing up on the weekends because of the plague or other undisclosed reasons, we can all unify around the misery the plague causes. But in the event that people were actually crazy enough to think they could avoid the plague, how could they attempt stay healthy? We have some ideas.

Courtesy of Bazmark Productions via GIPHY 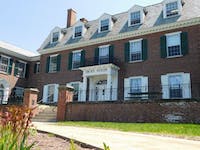 Take advantage of the Foco “One fruit to go” deal

We all know the old saying: “Three apples a day keeps the plague away.” Foco lets you take one piece of fruit to go for each meal, and since those of us on the 20 are in there way more than we should be, it’s worth taking advantage. And, of course, every Dartmouth student readily obeys the “one-fruit-to-go” maximum.

Courtesy of Disney via GIPHY

Spend your entire day in the Stacks

There’s enough content among the books to “entertain” you for the entire year. This way, you can be sure not to come into contact with any other students. Be careful though, some nights you may find a couple students trying to complete the Dartmouth Seven. Also try not to catch whatever diseases that books from the 1800s might hold.

Don’t stay up past 4 a.m. every night

I know: It’s a truly revolutionary idea. Believe it or not, getting five hours of sleep is not a healthy decision! FOMO at 4 a.m. does not need to be a thing. Resist the peer pressure and stay up only until 3 a.m., because going to bed any earlier than that might mean your friends never talk to you again.

Courtesy of The Next Step via GIPHY

Dick’s House is offering flu shots, but why would you walk all the way there when you can simply go to Foco instead? If you’re catching a cold, eating a warm cookie has been scientifically proven to heat your body up. This will obviously prevent a cold. Basic science.

Courtesy of PBS via GIPHY

Wear a wetsuit around campus

Wetsuits are able to insulate your body when you go deep underwater, so on warmer  — but still cold — land, they should logically keep you especially toasty. Alternatively, you could wear layers, but that would not be neither effective nor flattering.

The ‘stache is for more than just style. Scientific studies have shown that viruses and germs that would otherwise enter into bloodstream via the mouth are trapped by such masterful mustaches (and no, we don’t have a citation for this). As a result, the plague can never work its way into your system, keeping you healthy. A mustache as well-crafted as Hanlon’s, however, will take some time and some work.

Let’s be real: You’re almost certainly going to contract the plague. Just pray that you only get it briefly, and it doesn’t haunt you for the entire term. So grab some tissues, throw on your House Community scarf and find your fellow plagued classmates as you watch Netflix and try to avoid the thought of impending finals.

Courtesy of NBC via GIPHY