The Existential Dread in Smash Mouth's "All Star"

I feel very lucky to be a writer for Dartbeat, because it gives me a chance to prove I’ve got my finger on the pulse of current pop culture. That is why I’ve chosen to share with you a lyrical analysis of Smash Mouth’s 1999 hit “All-Star.” While the lyrics are likely burrowed into your subconscious, you probably haven’t realized that, under scrutiny, the song is a cautionary tale about finding meaning in the pursuit of instant gratification. 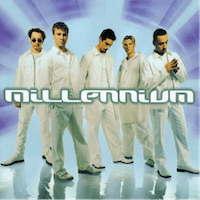 Well, the years start coming and they don’t stop coming
Fed to the rules and I hit the ground running
Didn’t make sense not to live for fun
Your brain gets smart but your head gets dumb


Side note: It’s a bit ironic that the people you’d be least likely to see on a backstreet are the Backstreet Boys.

Hey, now, you're an all-star, get your game on, go play
Hey, now, you’re a rock star, get the show on, get paid

But the meteor men beg to differ
Judging by the hole in the satellite picture
The ice we skate is getting pretty thin
The water’s getting warm so you might as well swim
My world’s on fire. How about yours?
That’s the way I like it and I’ll never get bored

Somebody once asked
“Could I spare some change for gas?
I need to get myself away from this place.”


What many to consider to be an empty song seemingly designed for turn-of-the-millennium movie soundtracks and trailers is actually A cry for help and a cautionary tale to us all. One moment, you’ve got a hit song that gets you paid, laid and a 1999 Kid’s Choice Award nomination. The next moment, you’re the punchline of an amateur columnist writing for the blog of a college newspaper you’ve never heard of. The gratification one gets from “living for fun” fades quickly, but it’s the long-term commitment to help others that persists.

Click here for a rendition of “All Star” that better reflects the no-longer hidden anguish of the song.