Nine Types of GroupMes You've Been a Part Of

Whether you like it or not, the GroupMe messaging app is an integral part of the Dartmouth experience. It somehow has all your contacts and lets you get in touch with almost everyone on campus, so naturally it’s a go-to for the groups that don’t necessarily need your digits. The number of chats you’re in is directly proportional to your social capital, since with more involvement comes more GroupMes. And while everyone’s experience with GroupMe is unique, there are common themes that unite all typical Dartmouth students. Here are a few examples of the types of GroupMes that you’ve been a part of during your years here: 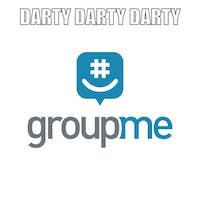 An important GroupMe for your UGA to plan floor meetings that you won’t go to and announce Housing Community events that they’re being forced to seem excited about. Sometimes you get yelled at because the hockey players broke a chair in the common room or someone caught a bag of popcorn on fire, but normally this GroupMe is pretty quiet.

2. Your Floor Minus Your UGA and The Scary People

Almost identical to the floor GroupMe, but excluding your UGA and some of the more elusive or intimidating athletes (usually sighted bringing people you don’t know through the hallway or coming home at 3 a.m.). This GroupMe serves as a forum for all the unsupervised intellectual debate that we engage in on the daily as students of the Liberal ArtsTM. Full of thought-provoking questions such as “Does anyone have a stapler?” “What’s that smell?” or “Who’s the plug?” this GroupMe seemed important during Orientation week but is now mostly irrelevant.

Sports?? I’m as NARPy as they come, so I asked my friend (who is an athlete and could beat me up if she wanted to) if her team uses GroupMe, to which she responded “Yeah.” I’m still waiting on my Pulitzer for investigative journalism, but based on this exchange I could reasonably conclude that these GroupMes are where athletes rank the best tables on the dark side of Foco and discuss being able to bench press 1.5 times their own body weight. LMK if I’m wrong though.

It’s active, for better or for worse, and all the familiar posts are here. There’s reminders about practices, meetings and inside jokes that you missed because you skipped on Monday, and occasionally a “What’s going on?” text from someone looking for the scene. Sometimes one member gets removed from the group as a joke. Classic!

This GroupMe serves as a periodic reminder of the Extracurricular of Freshman Fall Past, allowing you to throw it on back to a time when you thought that bodybuilding or Nordic skiing would be a good idea for you. It’s probably on mute, unless you’re still kidding yourself into thinking you’ll go to one of the meetings again, but somehow it feels like too much of a statement to actually leave.

Home of some half-hearted attempts to organize reunions, probably pong at 5:30 because your trip leader is in SigEp and could get the basement for a half hour. None of the plans after that seem to work for anyone.

The notifications are off, so by the time you check the group, that pasta is either gone or has been sitting in Collis Common Ground for two hours. Other times getting to the food just involves a lot more walking than you’re willing to do. Mostly you only check it to get rid of the red notification bubble in the corner, but it’s there for backup in case your DBA fails you.

8. DMs with an Acquaintance

They might be lovesick and trying to slide in, or just sick and genuinely in need of the Bio homework, but either way GroupMe DMs are a necessary step in a blossoming new friendship/relationship. Every so often you might look back upon your old DMs with fondness. Or maybe just confusion because you completely forgot that David from Writing 5 existed.

Depending on your old school’s preferred methods of communication, your GroupMe app may also be home to some truly #vintage chats from the high school years. Personally, as a very cool and popular person who is most definitely not a nerd, my bottom-most group is the Model United Nations club. Disarmament and International Security Committee 2014 anyone? Good thing college is a time for reinvention.