Lola ('23) is an arts writer for The Dartmouth. She is from Los Angeles, California, and plans to double major in film and media studies and English, with a minor in environmental studies. In addition to writing for The Dartmouth, she is in an improv comedy group and Womxn in Media. 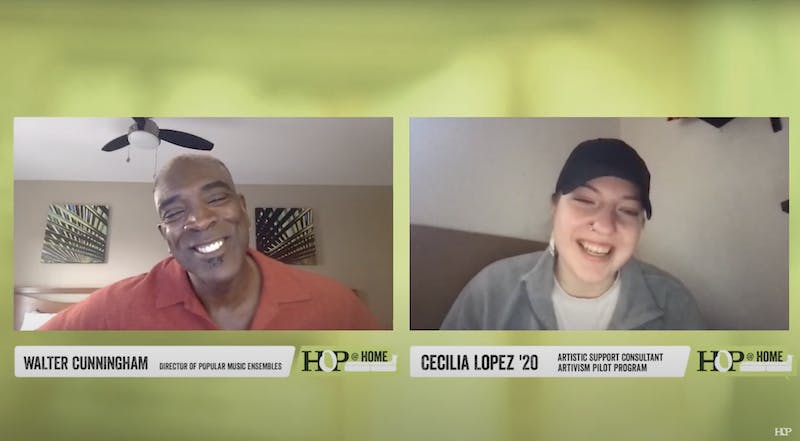 This past weekend, the first part of the 14th annual Dartmouth Idol semifinals took place virtually. Breaking from the traditional format of the beloved competition, the kickoff event combined footage from previous competitions with audition tapes from this year’s semifinalists.

The Hopkins Center for the Arts has continued its Hop to Broadway series virtually with an April 29 conversation featuring “Oklahoma!” star Ali Stroker, hosted by theater professor and “Oklahoma!” choreographer John Heginbotham. Stroker, who plays Ado Annie in Daniel Fish’s revival of “Oklahoma!,” shared her perspective on theatrical connection through virtual platforms and the expressive power of song.