"Apollo's Arrow" offers an account of the COVID-19 pandemic's impact and a prophecy for its future.

When a global pandemic strikes, how do we respond as a society? On Thursday, Yale biomedical engineering professor and Human Nature Lab director Nicholas Christakis answered questions about his book, “Apollo’s Arrow: The Profound and Enduring Impact of Coronavirus on the Way We Live” over a live Zoom webinar. Hosted by Rockefeller Center for Public Policy director and government professor Jason Barabas, the event attracted over 100 Dartmouth community members.

Christakis’ book, which hit shelves in October, chronicles the pandemic as it swept through the U.S. and makes predictions about COVID-19’s long-term impacts.

The professor began the discussion by acknowledging the unique circumstances the world is currently facing. Although pandemics are not new to our species — occurring about once or twice per century, he said — they are unfamiliar to most people alive today, Christakis explained.

“Plagues are not new to our species — they are just new to us,” he said.

Christakis compared methods of combating the virus to “Swiss cheese” slices. Measures such as wearing a mask, social distancing and getting tested are each “a single layer” of Swiss cheese: Each on its own has “holes” and is not enough to prevent the virus, he said, but when combined, these layers prove effective.

“If you stack them on top of each other, they form an impervious barrier to the virus,” he said.

According to Christakis, the sense of urgency to find a solution is why “plagues are an intrinsically collective threat.” When a pandemic hits, he said, there is a “necessity of cooperation” and of intervention at all levels of governance.

Christakis projected that the world will continue to feel distinctly different due to pandemic mitigation measures until the end of 2021 and speculated that by 2024, society might enter a post-pandemic period resembling the “roaring ’20s” of the 20th century that is characterized by a “decline of religiosity,” increased social opportunities and the “loosening of sexual mores.”

Towards the end of the event, after Christakis addressed several of the central topics in his book — including responses to plagues in the last century, statistics about COVID-19 and the social, psychological and economic effects of the pandemic — Barabas opened the event to questions.

Paul Hager ’22 asked Christakis how he viewed peoples’ social networks being influenced by their acquaintances’ attitudes towards the pandemic and whether Christakis thought a reshuffling of these networks has contributed to increased political polarization in the U.S.

“What [Christakis] basically said was that we have a tremendous capacity for going back to normal,” Hager said. “… I think that resonated with me.”

Osher Lifelong Learning Institute — a sponsor of the talk — member Iain Sim also attended the event and said he was particularly fascinated by a point Christakis made about the importance of wealthier nations aiding in the vaccination efforts of developing countries for political, economic and social reasons.

“I think that is one of the big issues we face right now as a world community,” Sim said. “As [Christakis] said, we depend on global trade, and if people are not able to function in their economies in their home countries because they haven’t received the vaccination, then the global trade system doesn’t work as well.”

During the webinar, Sim asked Christakis about the rise of new COVID-19 variants and whether developing vaccines that covered a wider range of antigens would have been a better approach than widely distributing the vaccines currently available.

“My concern is, with the vaccine, we are very enamored with the technology…” Sim said. “But I’m beginning to think that this is just one layer of [the] ‘Swiss cheese,’ and the variants that we’re seeing from the U.K., from South Africa and Brazil are poking away at the holes in the swiss cheese and sort of beginning to squeeze through.”

While the world has succeeded in “working together” to invent vaccines, the start of recovery only marks “the end of the opening act,” Christakis said. 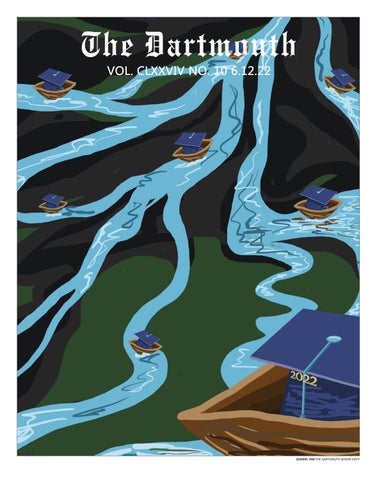