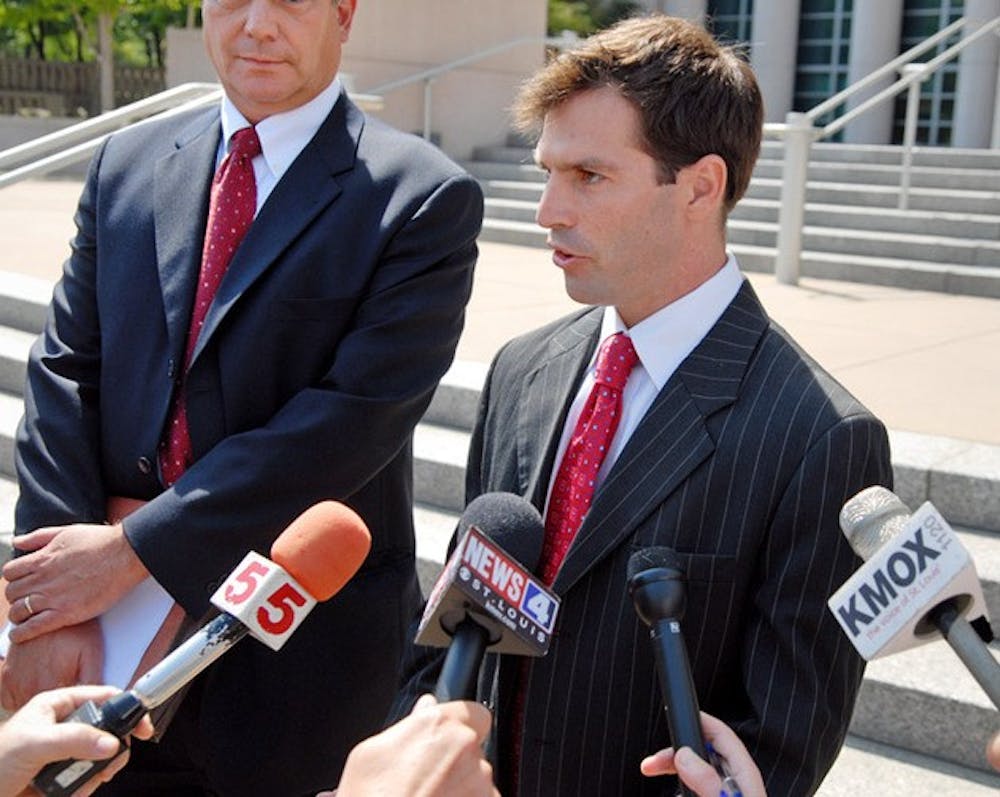 ·
Former Missouri State Senator Jeff Smith (center), 37, speaks with members of the media on the steps of the Thomas F. Eagleton United States Courthouse in St. Louis Tuesday, Aug. 25, 2009. Smith plead guilty to two counts of conspiracy to obstruct justice in relationship to an investigation of his losing 2004 run for Congress. Smith resigned his seat in the state senate today. At left is attorney Richard Greenberg. (AP PHOTO/Sid Hastings) BC-MO--Lawmakers-Investigation
Tweets by thedartmouth