If you're anything like me, you’re only reading this article because you saw the words "King Arthur Flour." Don't lie to yourself – you know it's true. KAF is happiness. KAF is love. KAF is life. 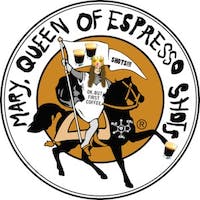 Before coming to Dartmouth, I had surprisingly already heard of KAF. I didn't know it was a bakery, though – I always thought it was just some random flour brand that my mom bought at the grocery store.

Who decided it was good idea to name a bakery after a legendary Celtic king? I mean, they definitely did not have curry chicken salad or chocolate milk during the Middle Ages. Even more unfitting than the bakery’s name is its logo, which I see every morning plastered on my iced coffee cup (#blessed that they don’t write names on those, because mine would definitely be spelled wrong).

The dude on the horse isn't even King Arthur – it's actually one of the Knights of the Round Table, Sir Galahad (the red and white crest gives him away). And yes, while Galahad may not have pulled the sword from the stone, he's still relevant because he actually achieved the ~Holy Grail~. But I guess Sir Galahad Flour doesn’t make for a cool acronym. Hey, you wanna meet at SGF to work on our ENGS project? Well played, KAF, well played.

To be honest, I don't think KAF or SGF are super compelling names for a bakery. So without further ado, I give you 6 alternative (and more fitting) names for King Arthur Flour and their respective logos:

Coming soon (probably not) to a bakery near you!